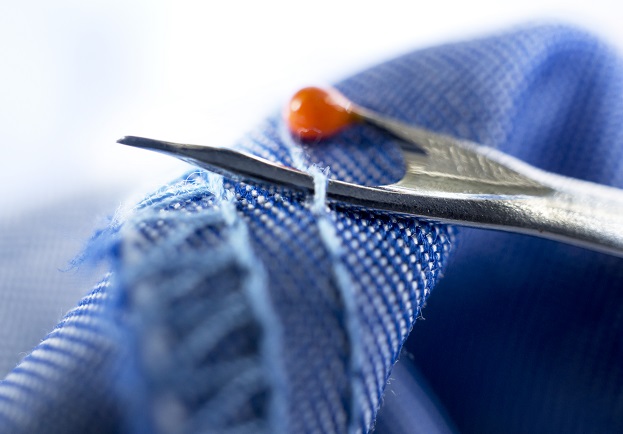 Of Needles, Threads and other Notions

With the heady rush of Christmas festivities now over and as we march into early 2017, it is time to settle into a certain humdrum of ordinariness. Oftentimes, this ordinariness can be disquieting and unsettling given the busy-ness of life that immediately preceded it. The year 2016 was certainly a whirlwind of regular and school workshops, external events, fashion camps and courses…one thing led to another and, suddenly, we found ourselves at the end of the year! We are grateful for all the opportunities we had last year as they enabled us to learn more about ourselves and develop our potential as a team. So the question now is, what will 2017 bring after the good year we had? What would define 2017? Can things get even better than in 2016? It somehow seems scary to entertain such a thought for fear of being disappointed: What if 2017 doesn’t turn out the way we expect it to be?
In some ways, the start of a new year, though signalling a new beginning, can be fraught with many an anxiety due to our hopes and expectations for the year ahead. But it is perhaps in this time of uncertainty that it is important for us to be mindful of the finer things in life– in short, the threads, needles and other sewing notions. Many times last year, we found ourselves rushing to create sample after sample for our new workshops such that sewing became a very mechanical process. Unpicking stitches became a chore and an impediment to our efficiency. But the more we rushed to complete the sample, the more mistakes we made and the more unpicking we had to do. And so the cycle continued, elevating our impatience and frustrations each time. The seam ripper was not our friend but an arch enemy, bunched threads were tugged at impatiently to disentangle them, fabrics were hastily cut and overlocked, and the sewing machine pedal was stepped on with maximum pressure to generate the fastest speed possible. In short, sewing did not always provide us the claimed therapy and calmness to ease our disquiet but brought on more anxieties. The only brief ‘therapy’, however, was seeing the completed sample. That was when we could heave a sigh of relief!
So in this year ahead, we are taking a step back to enjoy the finer things in life, to appreciate things that we have taken for granted such as nondescript tools like the seam ripper and threader that greatly aid in sewing. And perhaps even to enjoy the process of unpicking seeing it as an opportunity to re-sew our stitches to make them even neater; to listen attentively to the humming of the sewing machine as it methodically stitches the fabric on it. It is precisely in this humdrum of our lives that we are able to centre our thoughts and find the focus back in our lives: to recharge, re-purpose and re-discover once again.
So here’s wishing you many humdrum moments in 2017!